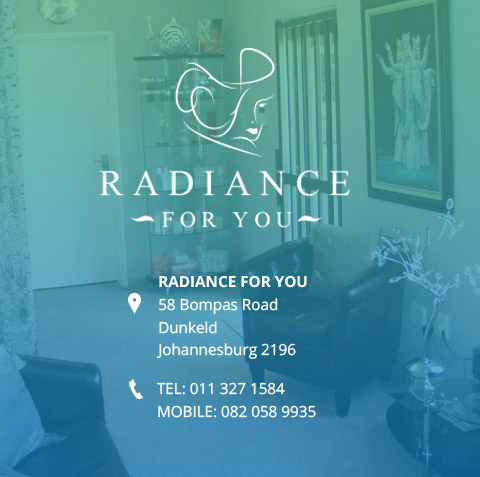 Cellulite is characterised by cosmetically unpleasant dimpled skin surface – the so called “orange peel” or “matrass – like” appearance. Cellulite is much more common in women than in men, approximately 85 to 98% of women over the age of 20 years are affected. The reason for this being the differences in the histology of the subcutaneous fat tissue (i.e. the most superficial fat layer positioned right under the skin). The subcutaneous fat cells are grouped together and form fat clusters. Fat clusters are located in chambers, which in women are separated by vertical and horizontal Connective Tissue Septae (figure 1). The Septae are anchored rigid fibres that do not stretch with the skin as the volume within the walls of the fat chamber increases. When the fat chamber becomes too distended by enlarged fat cells and by retained intercellular fluids, it protrudes beyond the length of the vertical septae, pushing up the skin’s surface and resulting in a dimpled skin appearance (i.e. orange peel, matrass, cottage cheese like appearance). Weight gain and the enlargement of fat cells/chambers cause compression of blood and lymph vessels and affects blood and lymph circulation, thus contributing to accumulation of intercellular fluids and physiological waist. This also promotes formation of cellulite.

There are 3 classes of cellulite:

Most women are genetically and hormonally predisposed to cellulite. Some other factors like smoking, lack of exercise, poor diet and physiological status may also contribute to induction and/or worsening of cellulite. 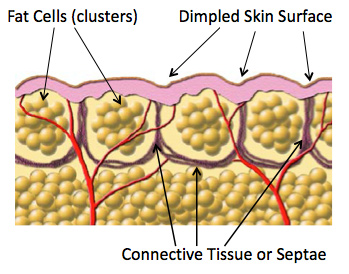 To read about treatments recommended for cellulite and body contouring click on the following links below:

Before and After Treatment

Handle those unwanted conditions easily with us